It Happened at the Coliseum … on MAY 11th

40 years ago today (1975) – “Win Another for Mother” said the banner in the Coliseum.  Win Another is exactly what the Isles did, defeating the Philadelphia Flyers 2-1 in a nationally-televised Mother’s Day game to even their semi-final series with the reigning Stanley Cup Champion Flyers at three games to 3.

Ross Lonsberry scored 1:42 into the game to give the Flyers the lead, and it stayed that way until late in the second period. With 3:50 remaining, Flyer Captain Bobby Clarke was penalized for hooking and the Isles needed just five seconds on the power play to tie the game.  Ed Westfall won the draw to Jude Drouin. Drouin then moved the puck to Denis Potvin at the left point, and Potvin’s shot beat Bernie Parent to tie the game.  "The crowd just really came alive", Chico Resch told the NY Times' Robin Herman.  "It's amazing what they can do for you."

Gerry Hart’s unassisted tally at 3:42 of the third period on the rebound of his own slapshot proved to be the game-winner as the Isles successfully staved off elimination for the eighth straight time, including the third time in the series. Chico Resch made 28 saves as the Isles forced a 7th game in Philadelphia.


The Flyers would bring Kate Smith in to sing “God Bless America” before Game 7 two nights later and would eliminate the Isles with a 4-1 win.

Philadelphia would go on to defeat Buffalo in six games to win their second straight Stanley Cup but the Islanders had arrived.

I don't have any video from game 6, but here are the Isles bringing flowers to Kate Smith and part of her God Bless America rendition.


This doesn't belong here -- but I'll put it in anyhow.  If you watch the Isles in Philadelphia, you will often get a duet of Lauren Hart (daughter of the late Flyer announcer) and the late Kate Smith singing God Bless America.  It's worth a view (here from the 2012 Winter Classic).

Also on this date: (1982)  - In the final game of the season played on Coliseum ice, Bryan Trottier broke a 4-4 tie with just under 13 minutes to play as the Islanders defeated Vancouver 6-4 to take a 2-0 lead in the Stanley Cup Final.  The Isles would complete a sweep by winning games 3 and 4 in Vancouver to capture their third consecutive Stanley Cup. 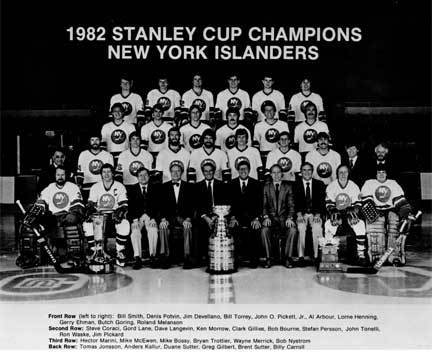 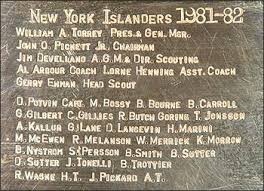 Also on this date: (2013) Brooks Orpik scored 7:49 into overtime as the Pittsburgh Penguins ended the Islanders’ season with a 4-3 win. Pittsburgh won the series four games to two in the final “May Hockey” game ever played at the Coliseum.

Here are the highlights from the NBCSN telecast, with Kenny Albert and Pierre McGuire.


All-time, the Isles played three playoff games on May 11th at the Coliseum; they compiled a 2-1 playoff record on this date at 1255 Hempstead Turnpike in Uniondale.
Posted by Eric at 7:40 AM