It Happened at the Coliseum … on DECEMBER 23rd

36 years ago tonight (1978) -  Bryan Trottier helped re-write the Islander, and National Hockey League record books as he became the first Islander to score five goals in a game as the Isles scored a franchise record seven goals in the second period enroute to a 9-4 win over the Rangers. The Isles also recorded 13 assists and 20 points in the middle session, establishing franchise records that stand today but it was Trottier’s individual effort that stands apart.

Trottier recorded a franchise record eight points; six of those points came in the second period as he became the only player in National Hockey League history to have a six-point period.  Only one player in NHL History has ever had more than eight points in a game (Darryl Sittler, 10).

Of course Trottier had help from his friends as Mike Bossy scored two goals and added three assists while Clark Gillies chipped in with four second period helpers.  Gillies’ 4 assists earned him a share of the NHL record for assists in a period; the record was broken by Dale Hawerchuk in 1984. 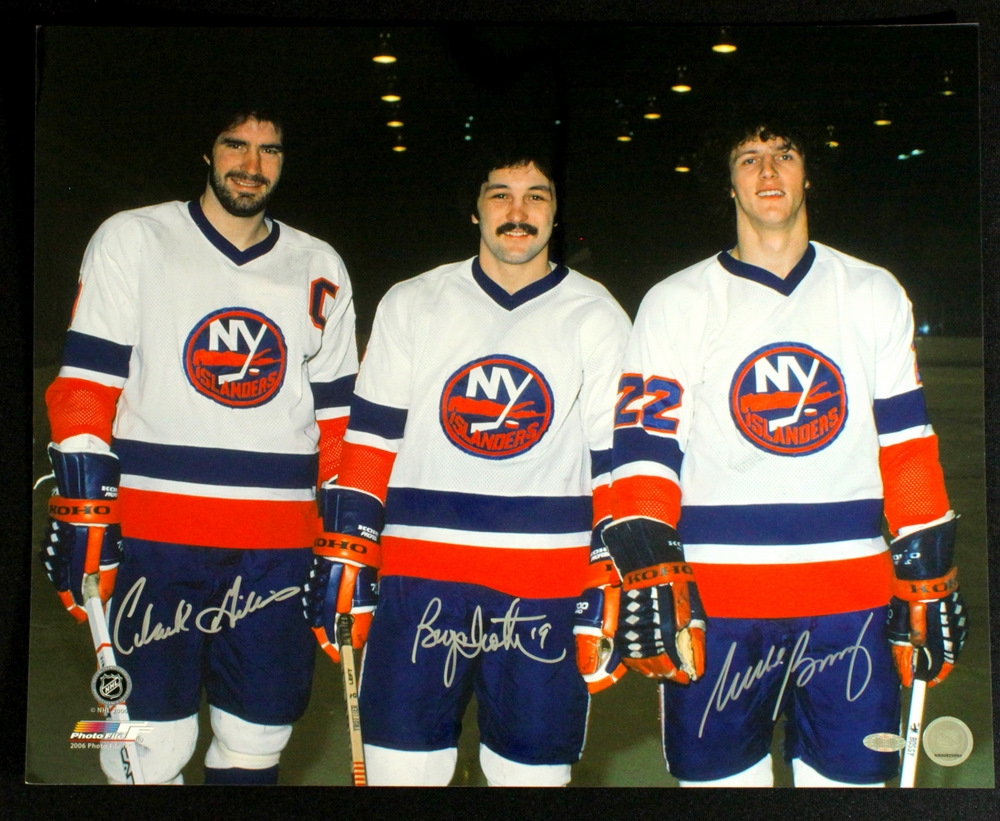 The win extended the Isles winning streak to three, and their point streak to six straight
games.

“Yeah, it was my best game ever”, Trottier told Newsday’s Pat Calabria.  “It was the type of game you cherish and think about for a long time.”  Trottier’s fifth goal was awarded after a scoring change some 15 minutes after the game was completed.  By then, the Rangers were history, and so was Trottier’s night.


Here's the box score of that historic night:


We showed the 7 goals in the second period in an Islander telecast in March. Unfortunately, I haven't found a copy of that, so this will have to do-- a 7-goal third period in Vancouver 9 months ago.

Also on this date: (1972) – The Isles broke their franchise record 15 game winless streak with a 4-2 win over Minnesota. Brian Spencer scored the winning goal with six minutes to play in the only Isles win in a 28-game stretch (they would lose their next 12 games).  Both Minnesota goals were scored by a man who would have his say in Islander history a few years later: JP Parise.


All-time, the Isles have played nineteen December 23rd games at the Coliseum and have compiled a 10-7-2 record on this date at 1255 Hempstead Turnpike in Uniondale.  The 20th and final December 23rd home game is tonight –as the Isles host Montreal at 7:00. Make sure you’re there, because after tonight, there are only 24 regular season games remaining.
Posted by Eric at 7:40 AM