It Happened at the Coliseum … on JANUARY 21st

33 years ago tonight (1982) - It feels like yesterday. That Thursday night the Isles swamped Pittsburgh 6-1 at the Coliseum, to begin their record-setting 15-game winning streak.

The Isles blew the game open early in the 3rd on goals by Bob Bourne and Clark Gillies.  Bourne and Billy Carroll would score late in the game and the Isles had their 6-1 victory.

The Isles actually scored three goals on the same 4 on 4.  Pat Boutette and Denis Potvin, playing his 600th NHL game, were both given double minors at 18:08 of the 2nd period.  Trottier scored 20 seconds later while Bourne and Gillies later completed a 3 goal in 3:27 outburst.

It was the start of one of the most dominating stretches by any team in any sport- the famed fifteen game winning streak, in which the Isles would outscore their opponents by a combined 97-35--an average of 6.53-2.33.  They won by at least 3 goals in all but three games in the streak.

And oh yes, one other streak began that night. A high school student made his debut as the statistician on home telecasts.  I've never left.

Over those 33 years, I have worked primarily with only two play-by-play men, who indulged me with this picture on Ed Westfall's night in November, 2011: 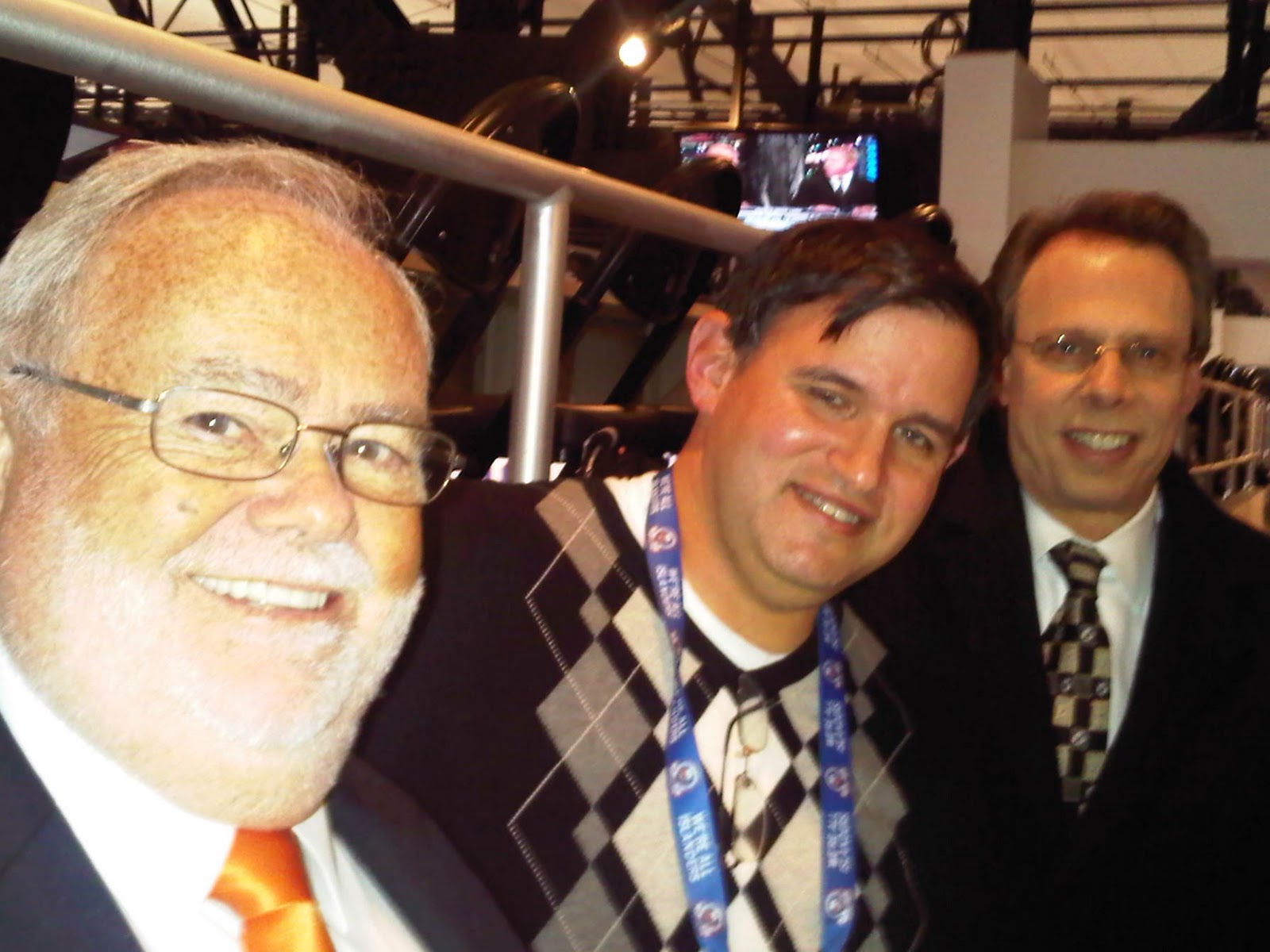 So when the All-Star Break ends on Tuesday, and MSG+ hits the air at 7:00 for a crucial Islander-Ranger game, I'll be seated just to Howie's left, with the same goal I had 33 years ago -- to make our broadcast just a little bit better.

May the next 33 years be as much fun!

Also on this date: (2012)- John Tavares scored two goals (including the winner at 3:58 of overtime) and Evgeni Nabokov stopped 32 shots for his fourth straight victory as the Islanders came from behind to defeat the Carolina Hurricanes 2-1.

During the game, a little story about John Tavares not being part of the NHL's Top 25 under 25 caught Howie's attention.


Later in the evening, Tavares took matters into his own hands...

All-time, the Isles have played eleven January 21st games at the Coliseum and finish with a 9-1-1 record on this date at 1255 Hempstead Turnpike in Uniondale.
Posted by Eric at 7:40 AM