It was January 21, 1982 .  It feels like yesterday. That Thursday night the Isles swamped Pittsburgh 6-1 at the Coliseum, to begin their rec...

It Happened at the Coliseum … on JANUARY 6th

34 years ago tonight (1981) -  The Maple Leafs held Mike Bossy without a goal, slowing down his 50 in 50 pace, but they could not stop John Tonelli.  Tonelli tied the franchise record with five goals and Bossy established a club record with six assists as the Isles beat Toronto 6-3.  He was the first opponent since Rocket Richard to score five goals in a game against Toronto. 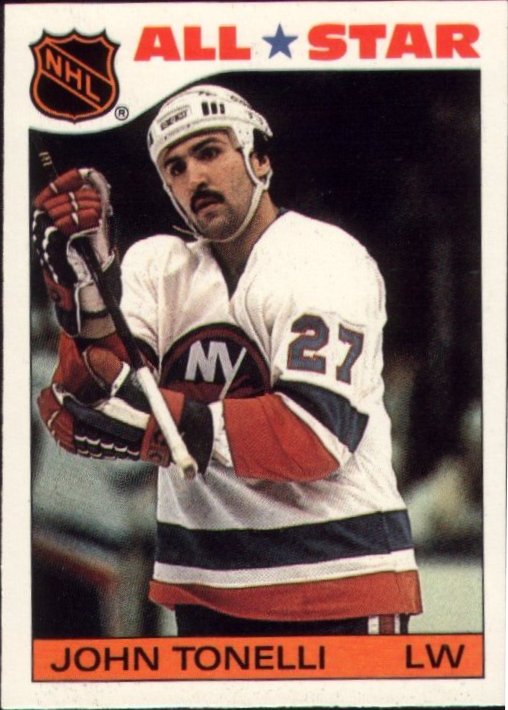 Tonelli completed his historic night when he hit the empty net with 42 seconds to play.  He told Newsday’s Pat Calabria, “I couldn’t believe it… that was the first thing.  Right now, I’m just trying to take it in.”

It was just that type of night for Tonelli. ''The puck kept coming to me,'' he repeated. ''It kept coming and coming, and I had lots of chances. You can thank Trots and Boss for that.''

Bossy, the only Islander to ever record six assists in a game (ironically he never scored five goals) fell to 40 goals in 42 games as he chased Rocket Richard’s 50 in 50 pace.

Bossy told the NY Times' Parton Keese: ''It's great to see someone who works as hard as Johnny does get what he deserves.  'I'm proud to say I now have two linemates who have scored five goals in a game.'

(The other 5-goal game, by Bryan Trottier in 1978 was featured on #ItHappened last month)
http://www.nyiskinny.com/2014/12/it-happened-at-coliseum-on-december-23rd.html

Here's some additional coverage from the NY Times:
http://www.nytimes.com/1981/01/07/sports/islanders-win-6-3-tonelli-gets-5-coach-of-leafs-in-jepardy.html


For a fan's perspective on the historic game, check out http://tmblr.co/ZyzCks1ZyFqwu


Also on this date: (2014) – John Tavares recorded a hat trick and Ryan Strome scored his first NHL goal as the Isles beat Dallas 7-3.


All-time, the Isles have played eleven January 6th games at the Coliseum and finish with a 7-4-0 record on this date at 1255 Hempstead Turnpike in Uniondale.
Posted by Eric at 7:40 AM