It Happened at the Coliseum … on FEBRUARY 1st

23 years ago tonight (1992) – On the night Denis Potvin became the first Islander to have his number retired, Derek King scored on the power play with just over one minute to play as the Islanders tied the Flyers 5-5. 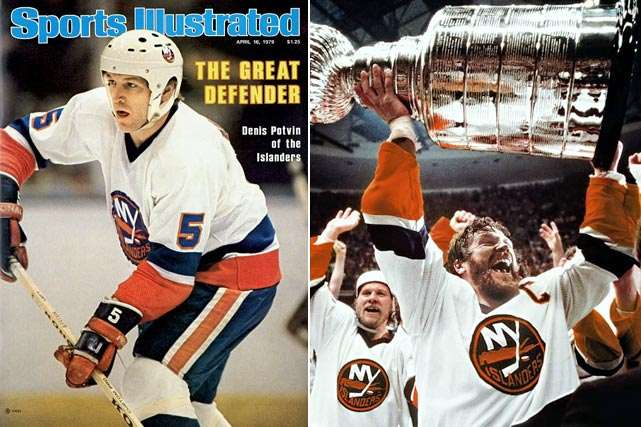 The Isles held a 4-2 lead through 40 minutes on goals by David Volek, Hubie McDonough, Pierre Turgeon and Ray Ferraro but the Flyers grabbed a 5-4 lead with three goals in the first 11:02 of the third.  The Flyers’ last goal was scored by Claude Boivin – his second goal of the game, and of his career.

Claude was not related to Hall-of-Famer Leo Boivin, who had tutored a young defenseman named Denis Potvin.

Potvin spoke about the importance of the Coliseum in his speech before his number was raised to the Coliseum rafters. “This building became, at a very young age, the most important structure in my life. If I'm to be memorialized or immortalized, it should be here," he said. "I now feel like I'm really home and I'm never going away."


All-time, the Isles have played seven February 1st games at the Coliseum and finish with a 3-1-3 record on this date at 1255 Hempstead Turnpike in Uniondale.
Posted by Eric at 7:40 AM