It Happened at the Coliseum … on FEBRUARY 22nd

38 years ago tonight (1977) – Dave Lewis scored with 2:40 to play as the Isles avoided an embarrassing defeat with a come-from-behind 2-1 victory over the Colorado Rockies. 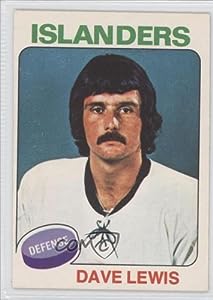 The Isles dominated the entire game, but trailed 1-0 into the third period on a goal by the Rockies’ Danny Gruen just 3:25 into play.

Garry Howatt tied the game at 5:29 of the third and the Isles kept pouring it on from there, finally beating Michel Plasse for the winning goal.

Denis Potvin recorded his 200th career assist on a rare goal by the defensive-minded Lewis.  Lewis told Newsday’s Pat Calabria “My wife said, “Score a Goal.” And she didn’t say anything else. Not even goodbye.”  Lewis’ slapshot through a screen made him an obedient husband, and pleased his wife, who was overdue with their first child at the time.

Also on this date: (2007) – Randy Robitaille scored the only goal of the shootout as the Islanders rallied from a 2-0 deficit on a pair of Trent Hunter goals for a 3-2 win over Toronto.

Howie Rose and Billy Jaffe have the highlights:


All-time, the Isles have played seven February 22nd games at the Coliseum and have compiled a 6-0-1 record on this date at 1255 Hempstead Turnpike in Uniondale.  The 8th and final February 22nd home game is tonight –as the Isles host Vancouver at 6:00. The biggest Islander fan I know, my son Evan, will celebrate his 15th birthday, watching his team play in Nassau County, NY,  just 15 minutes from his home.


Make sure you’re there too, because after tonight, there are only 12 regular season games remaining.
Posted by Eric at 7:40 AM