It Happened at the Coliseum … on OCTOBER 10th


15 years ago today (1999):  In the only home opener ever played on a Sunday, the Isles made Butch Goring a winner is his first home game behind the Islander bench,  as they defeated the Colorado Avalanche 4-2. 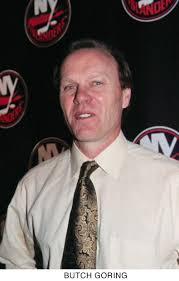 "I feel tremendous," Goring told Newsday’s Alan Hahn. "It's a very emotional win for me."

The Isles outshot the Avs 31-16 in the game, including 12-2 in the first period. Mats Lindgren, Tim Connolly, Mariusz Czerkawski and Claude Lapointe scored for the Isles, making a winner out of Felix Potvin.  It was the first NHL goal for Connolly and it became a rare victory for the Isles over Hall of Fame goaltender Patrick Roy.

"It's great," Connolly said. "My first home game in an Islanders uniform, to get a goal and an assist and win the game, which is even more important, is unbelievable."

It was the Islanders’ first win over a team from Colorado since a win over the Rockies on March 17, 1982.


Also on this date: (2007) Bryan Berard broke a 1-1 tie with a second period power play goal as the Isles defeated the Rangers 2-1. Rick DiPietro finished with 36 saves, besting Henrik Lundqvist.

All-time, the Isles have played five October 10th games at the Coliseum and finish with a 3-2-0 record on this date at 1255 Hempstead Turnpike in Uniondale.
Posted by Eric at 7:40 AM