It Happened at the Coliseum … on OCTOBER 28th


40 years ago tonight (1974) - Ed Westfall and Billy MacMillian each recorded hat tricks as the Isles pounded the California Golden Seals 10-1 to move into first place in Division I of the NHL (The Patrick Division moniker was adopted later). 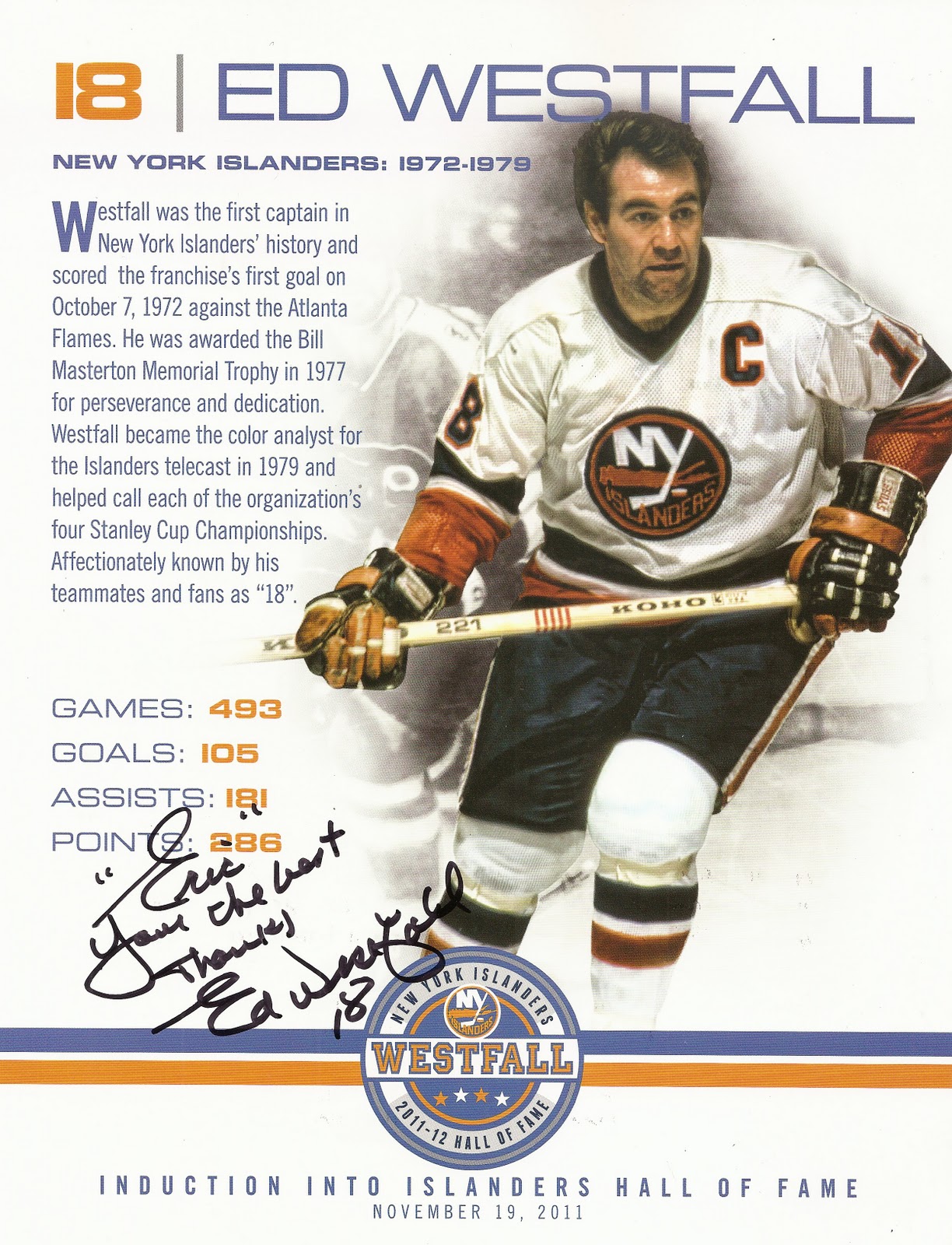 The game re-wrote the Islander record book, as it was the first time the Isles ever scored 10 goals and the 9-goal margin of victory set a club record that has been tied, but never beaten.

Gary Simmons allowed the first nine goals, including all six goals by Westfall and MacMillian, who became the first of only three sets of Islander teammates to ever record hat tricks in the same game.

All-time, the Isles have played twelve October 28th games at the Coliseum and have compiled a 8-2-2 record on this date at 1255 Hempstead Turnpike in Uniondale.  The 13th and final October 28th home game is tonight –as the Isles host Winnipeg at 7:00. Make sure you’re there, because after tonight, there are only 36 regular season games remaining.
Posted by Eric at 7:40 AM