Nielsen's First Hat -- but should it have happened?

The Isles were called for icing with 12.2 seconds to play in regulation -- and after consultation with Toronto, they added three full seconds to reset the clock to 15.2.

That provided the cushion that Nielsen needed to score his hat trick goal at 19:59.9.

However, something went wrong with the clock reset, as these pictures clearly show.

Let's go to the videotape (thanks Warner).

Had Dallas scored the tying goal at 19:59.9, the Isles would have been irate (and rightfully so).  Instead it became a hat trick for Nielsen, who had begun his night by pushing this young fan off the ice. Her smile says it all. 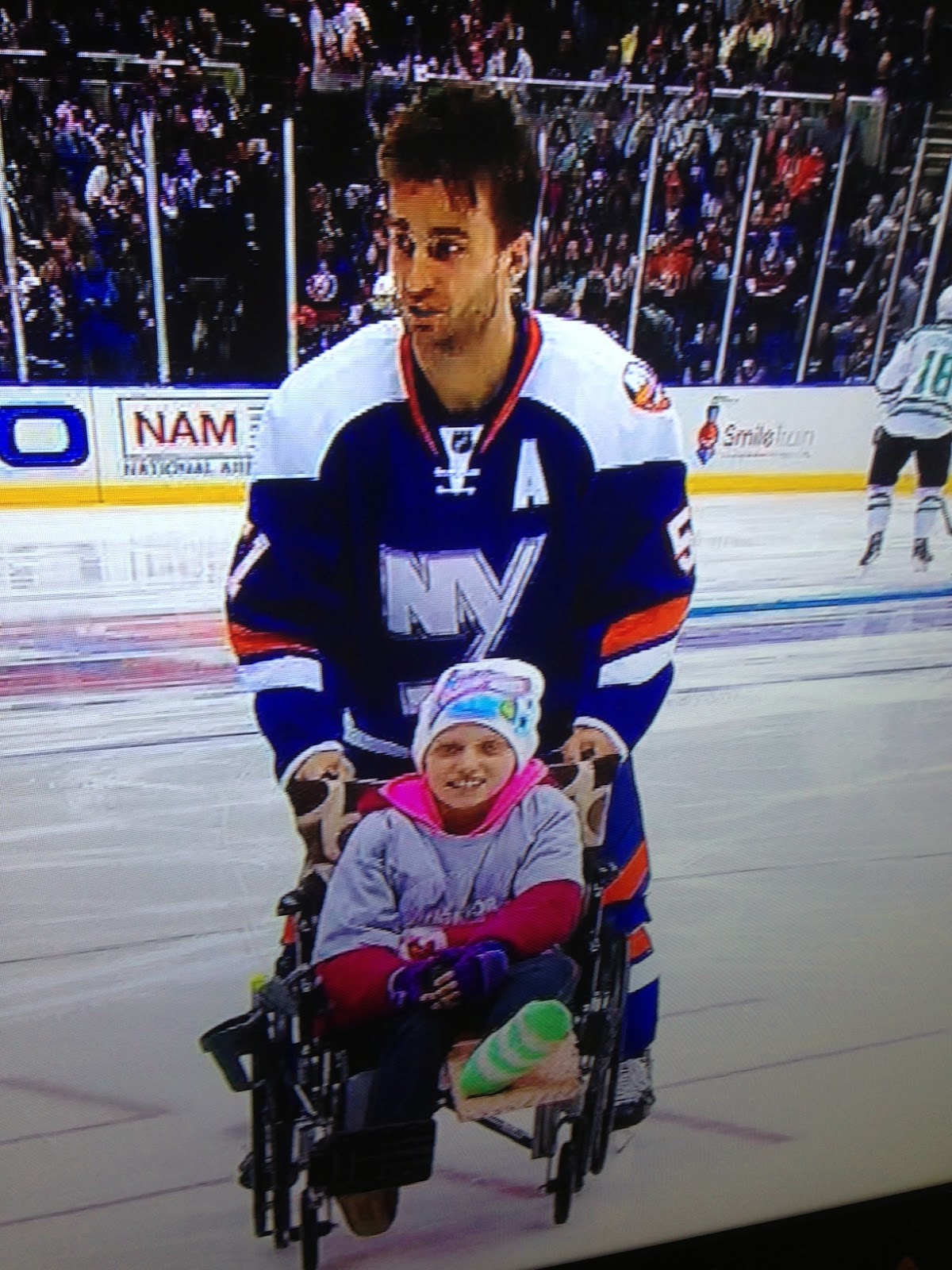