It Happened at the Coliseum … on APRIL 23rd

For a bit of a change, here’s a report that I wrote 13 years ago on the Isles 6-1 win over Toronto.  Check out the opening paragraph: 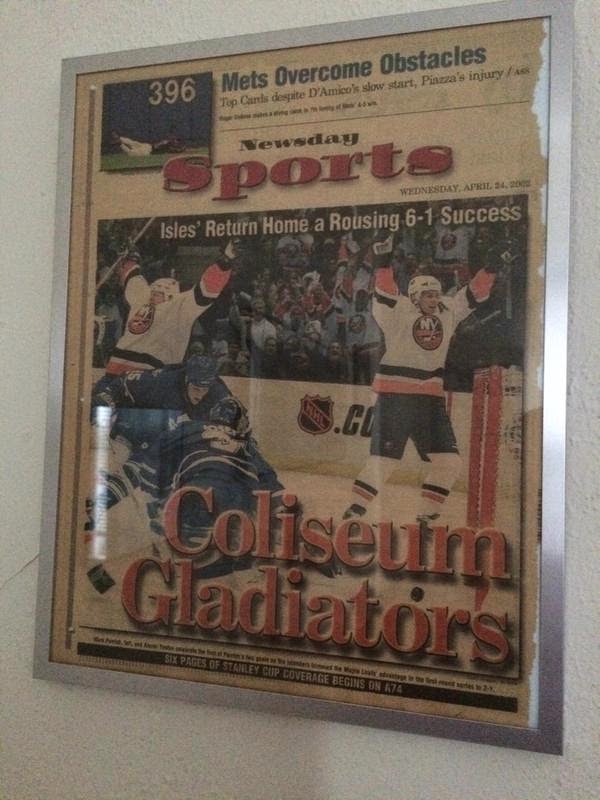 With many more games like last night's, the Islanders will definitely need a new building. The crowd nearly blew the roof off the old one, as the Isles stormed back from a 1-0 deficit, connected on four power plays, and raked the Leafs 6-1 at the Coliseum before 16,234 faithful.

Alex Mogilny's 1st goal of the series had given the Leafs that 1-0 lead. It was Toronto's first goal in the series that didn't come in the third period. At the time, it was the 6th consecutive Toronto goal since Kenny Jonsson had opened the series scoring in Game 1. The goal at 7:32 of the first was the only one that the Leafs would get.

The game turned on a Wade Belak double minor later in the first period; Mark Parrish tied the game with the first of his 2 power goals, set up by Hamrlik and Yashin.

The Leafs got out of the first period even at 1, despite the Isles outshooting the Leafs 19-6. The Isles, who had the last 13 shots of the period, took more shots in the first period than they did in the first game. By night's end, they would almost equal their shot output for both ACC affairs.

Brad Isbister and Mariusz Czerkawski played exactly 8 seconds of the first 14 minutes of the second period--but they made it paid off as Czerk and Aucoin assisted on what turned out to be the game-winning goal 6:01 into the 2nd.

Then, just after the Isles killed a Chris Osgood penalty, Michael Peca got on the boards [set-up by Blake] with his first of the playoffs at 13:33. When Parrish would score his 2nd of the game at 19:19, the Isles had a 3-goal bulge heading to the third. The "twins", Jonsson and Aucoin set up that one.

So many times the Isles had gone to third this season and let a lead, or at least part of the lead slip away.

Not on this night.

Shawn Bates and Dave Scatchard put their names into the Isles' record books by connecting 14 seconds apart, as the Isles blew it open in the third. The 14 second spread ties one of the oldest Isles playoff records--set by JP Parise and Denis Potvin on May 1, 1975 in a game the Isles would eventually lose to Philadelphia in OT.

Van Impe and Yashin set up Bates while Isbister had the lone helper on Scatchard's goal as the Isles won their first playoff game in 8 years, 11 months and 1 day by the laughable count of 6-1.

It was the first time the Isles have scored 6 goals in a playoff game since that dramatic game 6 win over Pittsburgh in 1993 set the stage for David Volek's heroics two nights later and represented the Isles' widest margin of victory since a 6-1 win over Edmonton on May 12, 1984 in their final win as Stanley Cup champions. [The Oilers would win the next three, all in Edmonton, to end The Dynasty.]

Here's an edited replay of the game, from the Hockey Night in Canada feed. The legendary Bob Cole is on the call.

Also on this date: (1985) – The Isles set a franchise playoff record with 27 shots in a period (the 2nd) but Pelle Lindbergh, whose life was cut short by a fatal car accident less than 7 months later, stopped 25 of them (and 36 in the game) as the Flyers took a 3-0 lead in the Patrick Division finals with a 5-3 win over the isles.


If you don't know the story, it's worth watching.


All-time, the Isles have played no regular season and two playoff games on April 23rd at the Coliseum; they have compiled a 1-1 playoff record on this date at 1255 Hempstead Turnpike in Uniondale.
Posted by Eric at 7:40 AM